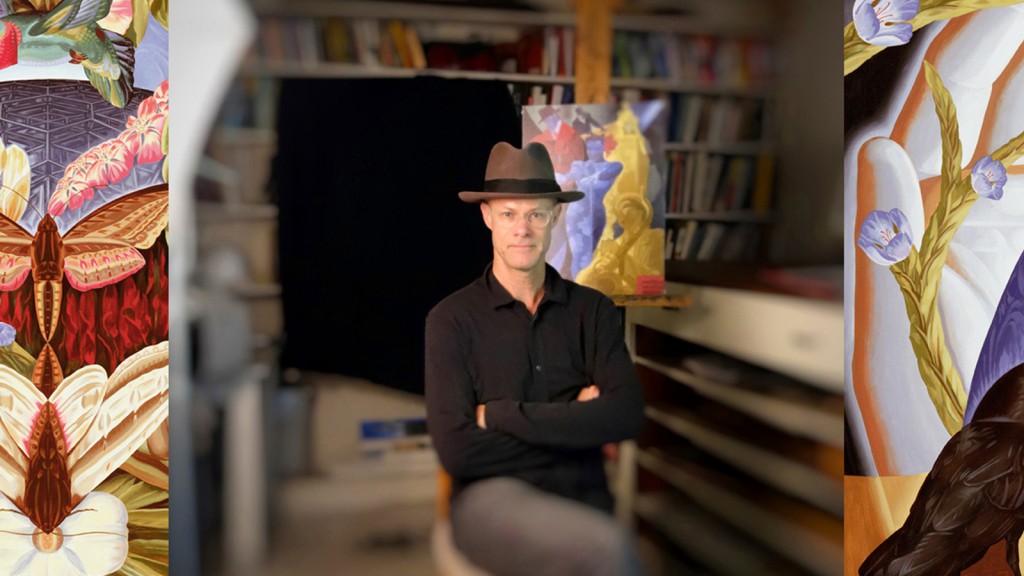 The commercial work of the artist has graced the pages of national magazines, international advertising campaigns, CD covers, posters, and book covers from Agatha Christie to the cover of “Scarlett” the sequel to “Gone With the Wind”. Since graduating from the Art Center College of Design in 1983 his artwork has been represented by Bernstein & Andriulli in New York, Ron Sweet in San Francisco, and Foster Represents in St. Louis. 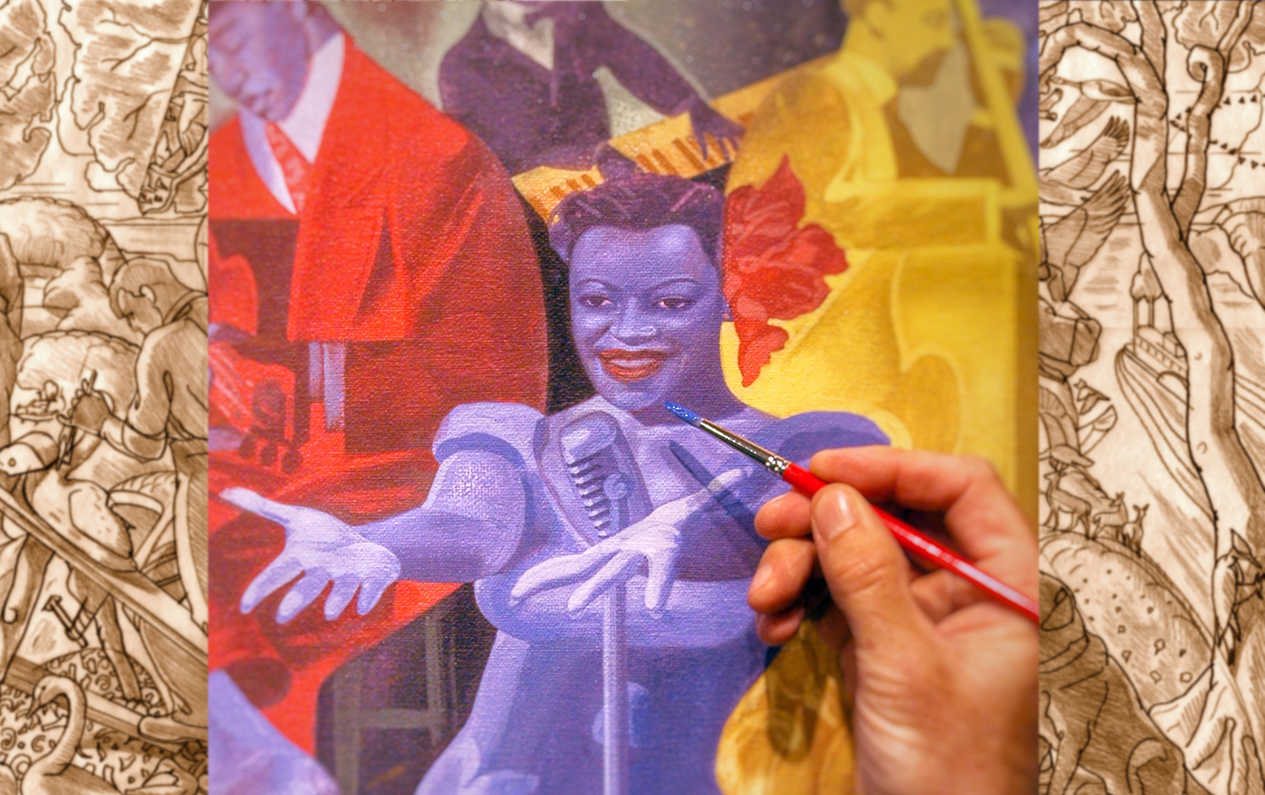 From sketchbook to color studies, and on to the finished paintings on canvas, compositions are created by hand.

“Whatever it is, Bryan Haynes creates art that is sublimely beautiful, art that stirs emotions in the viewer.  He is part Thomas Hart Benton, with a dash of George Catlin, Grant Wood, Joe Jones, N. C. Wyeth and any number of other great artists.  But to compare his style to that of others does him a discredit, for his work is in many ways unique and stands apart from any other artist.” – Bob Moore, National Park Historian 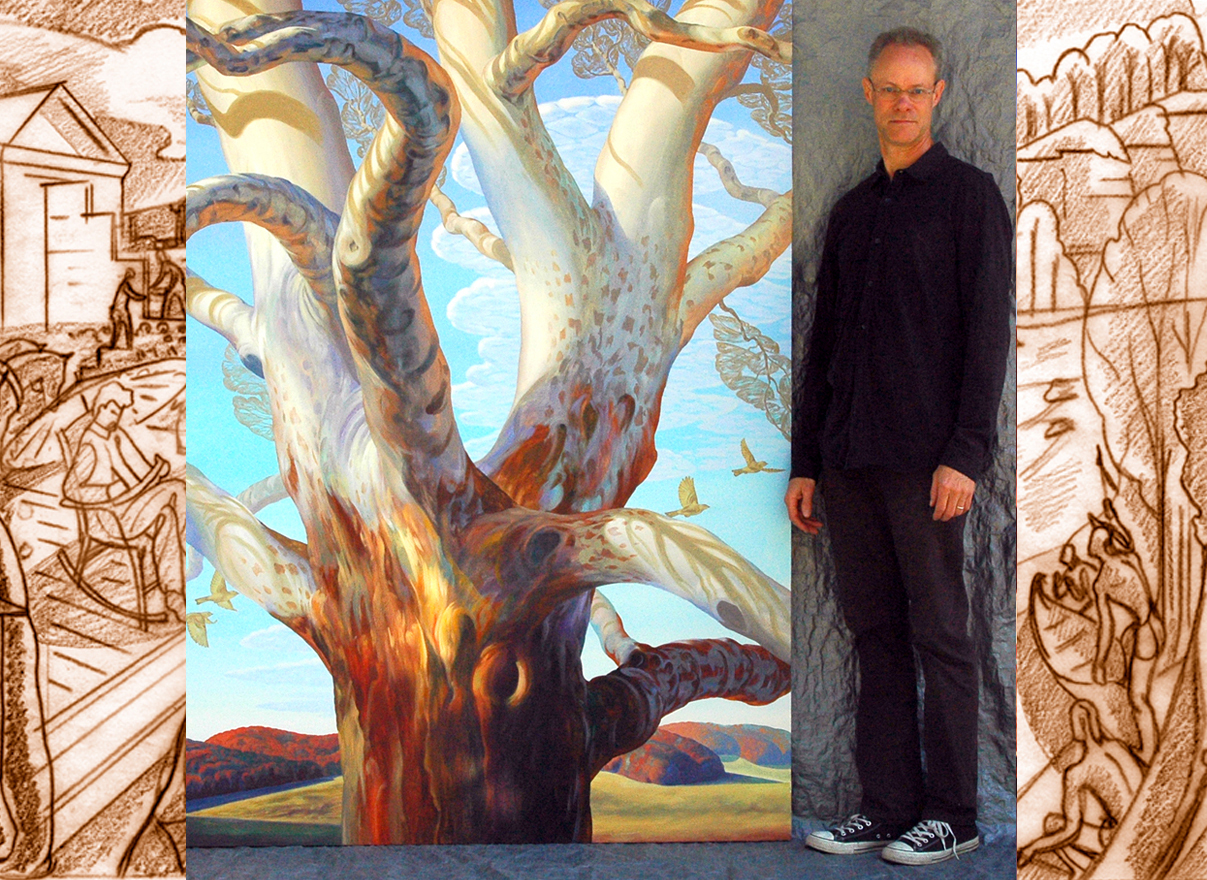 While offering limited edition prints on canvas, the artist produces many new original works a year. Patrons include corporations, institutions, and private individuals. Working directly with clients, commissions can range from farm landscapes, to family histories, to corporate legacy murals. Or, a developing concept can be commissioned directly from the artist’s sketchbook of ongoing ideas, as the client will see the development of a project at every stage of the process.

ART ON A LARGE SCALE 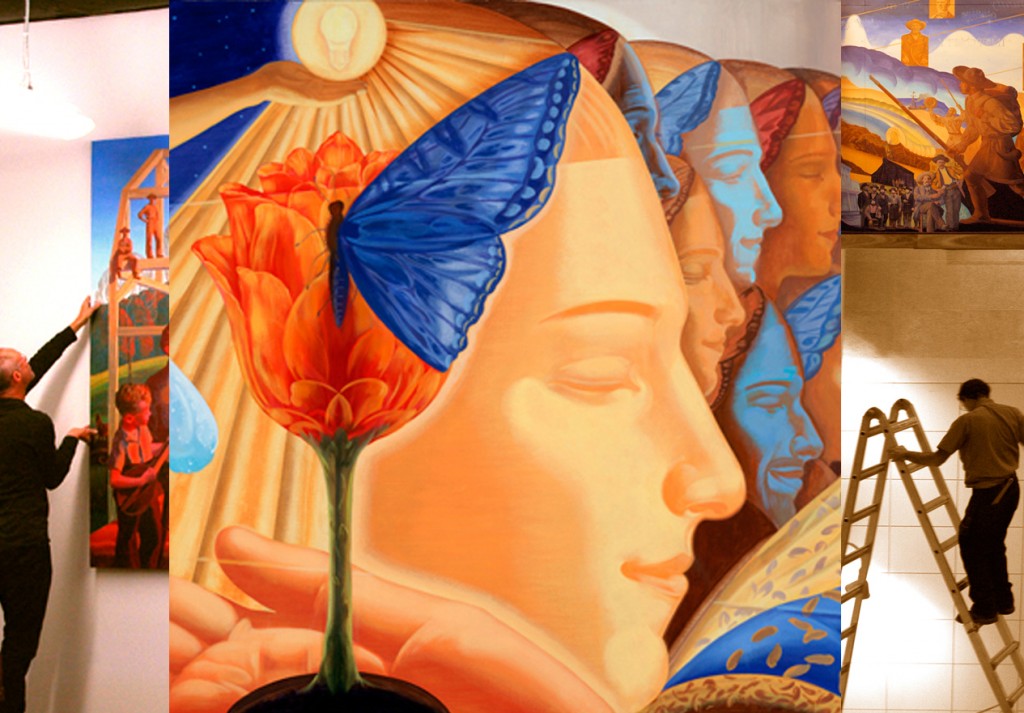 Stories are just better told when they’re on a large scale. And, the artist has developed a unique process of creating large works of art, by tiling panels together in an archival arrangement. Either as original paintings on canvas, or enlargements from reduced size original paintings, the artist creates in the studio murals of any size. The largest to date is the “Kauffman and the Entrepreneurial Spirit” mural at the Kauffman Foundation measuring 5.5 x 80 feet. 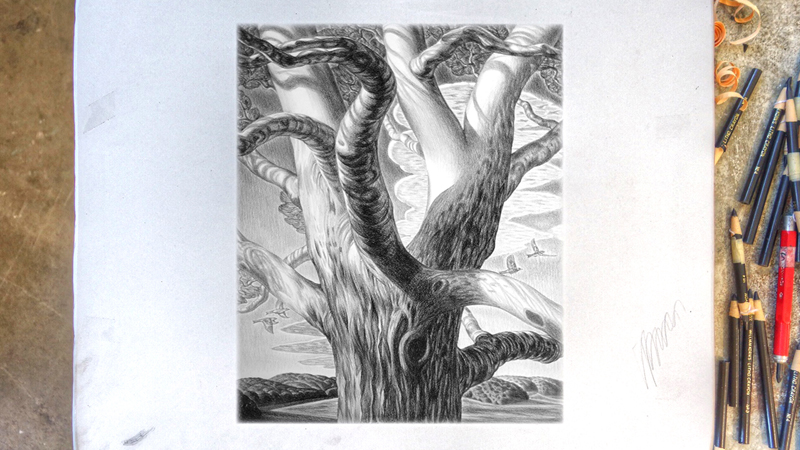 Drawn on Bavarian limestone in the time honored craft using grease pencils, the tradition of Regionalist lithography is being extended. In a very limited series of editions, only four new images a year are being produced.