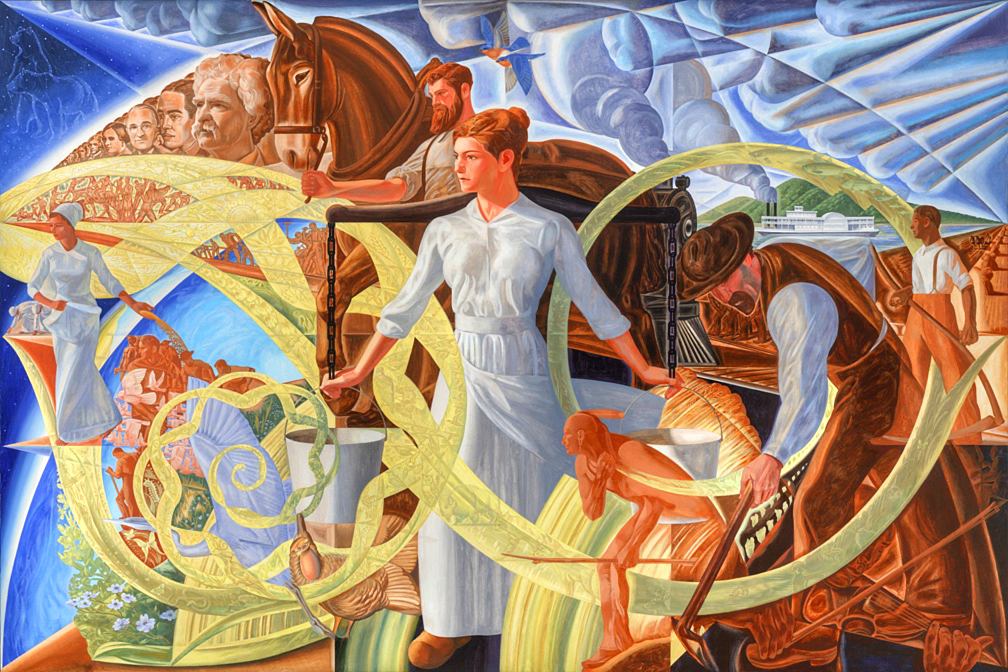 “Missouri Character” 90×60″ is a mural commissioned by the Hunt family, owners of the NFL Kansas City Chiefs to be installed at Arrowhead Stadium. My intention is to suggest the integrity, hard work, and courageous character of my home state through an intimation of its history, our ancestors, and the state’s flora and fauna woven into our collective “DNA”.

An idea of the painting began more than a year ago in my sketchbook with the suggestion of a landscape. From the beginning, I wanted to be more conceptual with the composition. I wanted the foundation lines, the overall design of the spaces to suggest strength, fortitude, and courage. On top of these basic curves and diagonals I started to lay iconic figures. 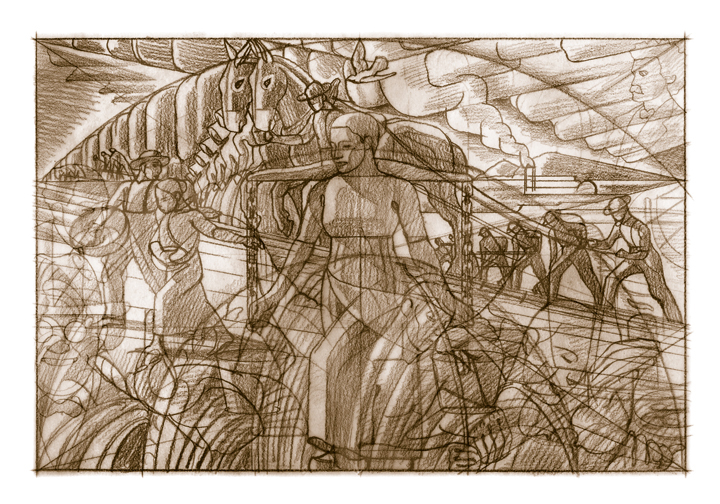 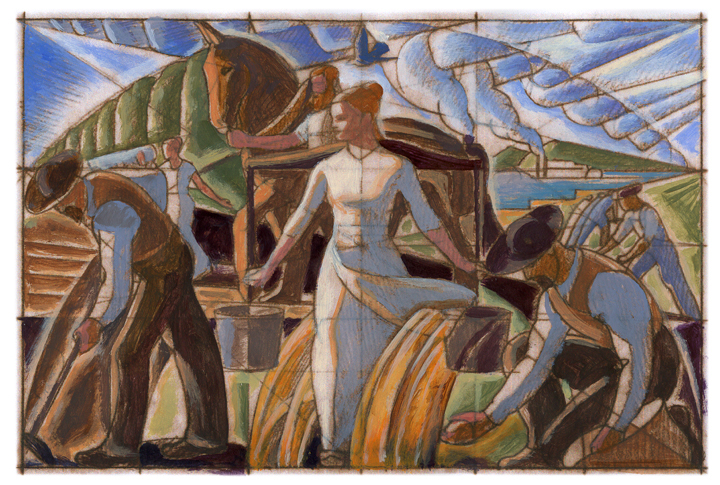 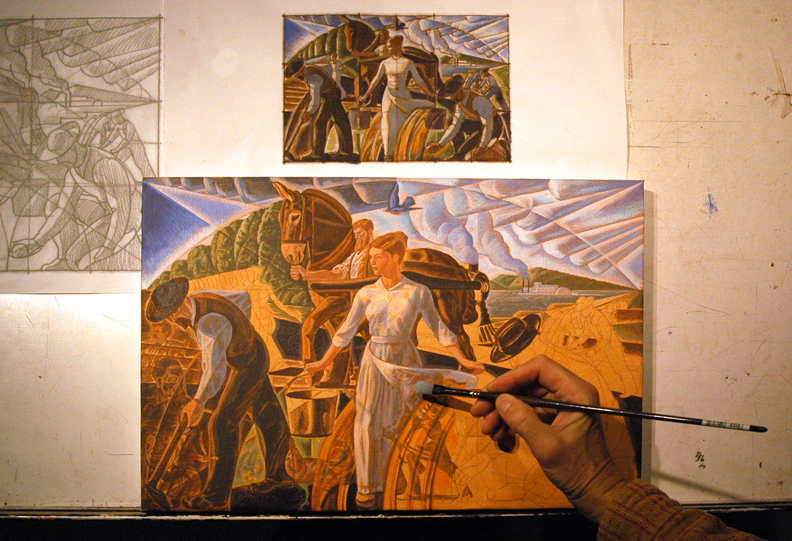 After many revisions it became clear that I needed to flatten the space, stepping away from a landscape and introduce a design element that would knit the figures together, freeing the composition from a single perspective, and allow figures and objects to be arranged by their importance to the message, the overall feeling. 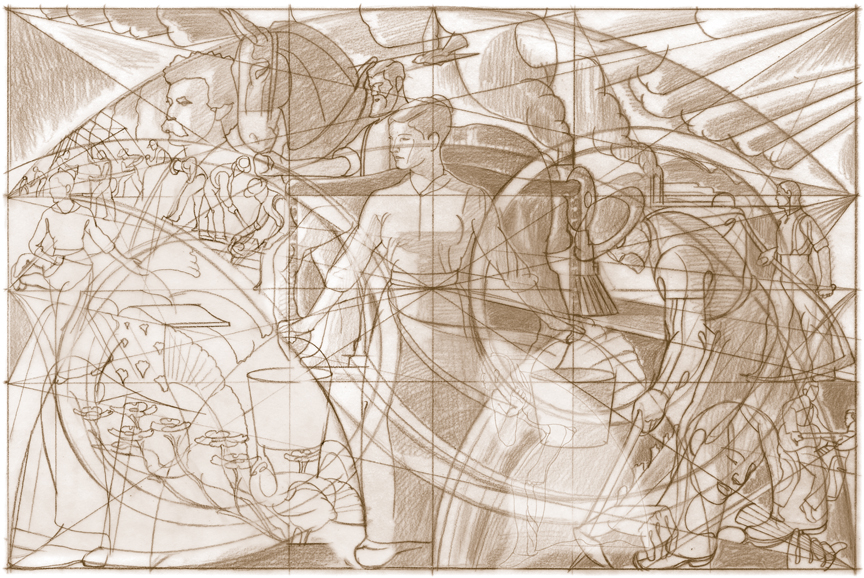 The curving shapes became even more important to my design as it created an intimation of a DNA double helix. I wanted to use this idea to suggest that hard work, hand labor were in our societal “genes”. Wrapped in the rich  biodiversity of our state, we have a central location for plant research and discovery that will have positive effects on the world. 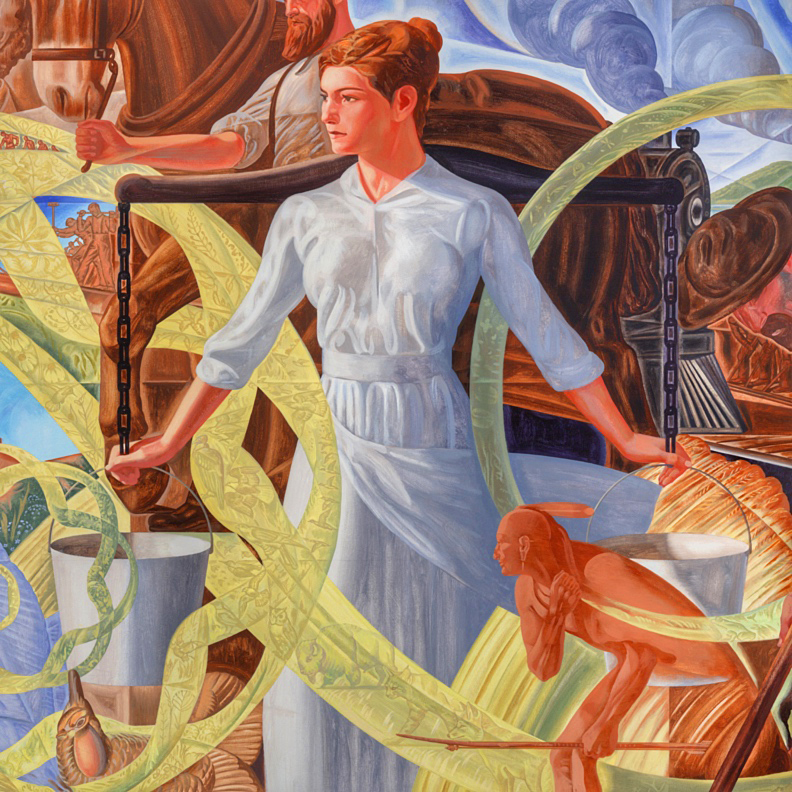